There will be a very brief outage today as we roll out a minor release. You should notice no changes on the site, but i wanted you to know that, if you get the robot guy, it'll just be momentary.

There was a forum update just now which was why the site went down. It had been expected to very brief but Lori says it took longer than expected.

The update related to a bug in pending posts so of limited interest. (that's where a topic is created but saved as draft rather than published).

This is a fragrance my late Dad used for many years (he knew how to make things last) and it reminds me of him sooooo much.

I've been trying to find out what it is - sadly with no luck.

It could easily be a cheap Boots copy from yesteryear as it seems to be a Lynx or Insignia copy.

Any ideas would be greatly appreciated 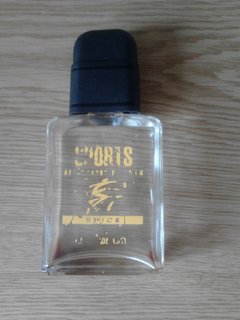 Feck it's like watching a child in fantasy land. Orlando.

TV ShowsBig Brother UK
We all inhabit our own little worlds.
velvet donkey10/17/208:42 AM

Who would you like to see on future bank notes?

TV ShowsBig Brother UK
Do you know the only two people who have really replied to me recently?
velvet donkey10/16/209:23 AM

With a reply. squiggs and Templar.

TV ShowsBig Brother UK
Inside the Tower of London

The new , fly on the wall , series starts on C5 at 8 tonight

I typed in the details of my car = 10yr old Renault Laguna with 100k mileage.

Guess how much they offered me?

I'll leave this up til 9pm then reveal who's the closest

Next episode is on at 8 tonight

Lori doesn't seem to have mentioned this but I've found out that there's to be another forum system update some time today. I don't know when or if this forum will be out of action for any length of time.

Change 1 If you want to change the email address used to log in, the change will now be a 2 step process. An email will be sent to both the old address and the new address. The one sent to the old address will have the option to cancel the change. That is to stop someone else trying to hijack your account.
Both emails will have the option to verify the change. If you don't do anything, the change of address will go through automatically after 72 hours.

Change 2 The Activity stream (accessed from Activiity in the top menu) will cease to be as it's not used much by people.

Change 3. The Topics list page as well as the list of forums is to change to be closer to be closer in appearance to the Home page.  The administrator (Lori) will be able to control what details are shown. This could be quite a major change. @Lori  should be able to go into more detail than I can,

Please vote for the TOP FIVE most handsome men of all time.

Does she fancy herself.

Nice to know it will be back this year . No date yet ....but the contestants announced so far are :

At least I know a few of them

Some weeks back I made an obscure comment (in the panic thread) relating to the subject below. I'm pleased it has now broke into the public domain.

Can you imaging how many people are working in law enforcement and being told not to download the app?  How will this help track and trace, well I can't see it helping one bit. Making the whole scheme significantly less effective.

The National Police Chiefs Council (NPCC) has confirmed officers are being told not to install the NHS Covid-19 app on their work smartphones.
The app detects when users have been in proximity to someone with the virus.
Some officers have also been told they may not need to obey self-isolate alerts generated by the app when downloaded to their personal phones.
Lancashire Constabulary has told staff to call the force's own Covid-19 helpline instead.
The BBC contacted the North-West of England force after a source claimed the advice had been given because of "security reasons".
The source also said officers had been told not to carry their personal phones while on duty if they had activated the app.
This applies to staff working in public-facing roles as well as those in back-office positions.
"The health and wellbeing of our officers, staff and the public remains our priority," a Lancashire Constabulary spokeswoman subsequently told the BBC.
"Members of staff, like all members of the public, are personally able to download the Track and Trace application should they choose to do so. Guidance provided to staff within the workplace remains in line with the national NPCC position."
The NPCC confirmed the work-phones policy was common to all forces, and said it was carrying out an urgent review of the matter.
"Police forces use a variety of mobile devices with different system restrictions," said a spokesman for the council.
"It is important that we have confidence that the NHS app will work for officers and staff consistently across the country, and it is for this reason that we have recommended that officers and staff download the app to their personal, as opposed to work devices, rather than any suggestion of security implications."
@Dame_Ann_Average - I bet you knew already

This community is a hardy band of UK TV fans, with other international friends joining the fun. Join us to talk about the latest shows!

When you block a person, they can no longer invite you to a private message or post to your profile wall. Replies and comments they make will be collapsed/hidden by default. Finally, you'll never receive email notifications about content they create or likes they designate for your content.
Note: if you proceed, you will no longer be following .
×
Link copied to your clipboard.
×