However, their vote must count.  The government can't just ignore their vote because it deems it of no worth.  The Lib Dems are a party that even proposed a referendum on staying in the EU.

The Lib Dems have a long record of cynically playing the electorate with goodies they never expect to be called upon. 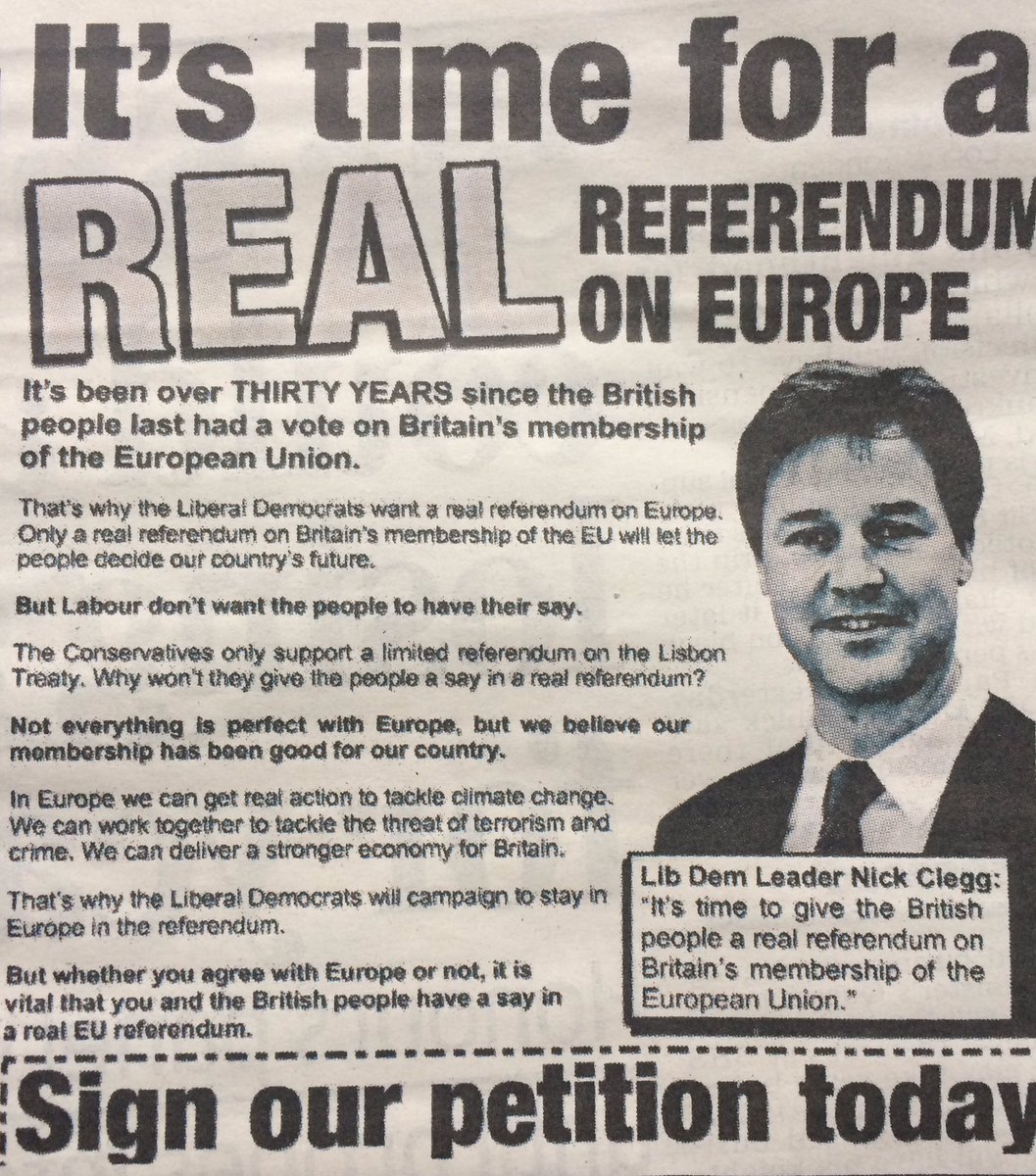 I'm biased as a staunch Labourite but I find the Lib Dems culturally disrespectful of voters and democracy.